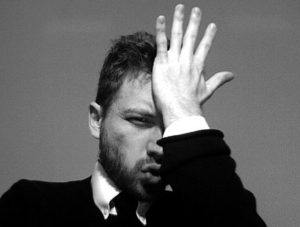 Jacquie and I are sitting on the couch howling at Vince Vaughn and Owen Wilson in The Internship. The question they are asked during their video interview is this: “You are shrunken down to the size of nickels and dropped to the bottom of a blender. What do you do?”

Googlers themselves are appalled at this question. It does though make me think about questions like this one.

I used to use a question like that to wrap an interview that is tame in comparison.

“Money is no object. If you could have any job in the world, what job would you want?”

The only wrong answer is really, “I want this job that I am interviewing for!” What I want to hear is a bit of the right brain coming out. Something with a bit of passion. Some bit of a dream.

My answer to this when I was asked was that I wanted to be a major league baseball umpire. I would love to have been in the middle of the game I love from spring to fall. Literally standing right in the middle of it. One night out of four would be the hard work behind the plate. The other three would be perfect.

Later in my career I was in a panel interview during the wrap up of which they admitted they had a couple of questions of this type that they were embarrassed to ask.

“Like what?” I pressed, wanting to appear to be up for the task.

“Well, what item on a salad bar are you?”

A moment of thought, then, “I’m the lettuce. I think an important part of my job would be to hold my team up and make them look great.”

Smiles, a nod, and all of a sudden, one more.

“I don’t think it’s a lion. The whole King of the Jungle role doesn’t seem right. An ant? Even though they are quite the tireless worker that carries more than a hundred times its own body weight. A horse? They are such beautiful, noble animals, but equestrians will tell you they are just dumb. That’s not me. So I guess it is the lion.”

More smiles. Even a wow, as one admitted to liking the crafting of a well put together answer.

So I leave the room thinking that went tremendously well. I start planning to do some research to get ready for the next step, but the call never came.

Some time later I had the opportunity to run into to someone on the panel and amidst the small talk I just mentioned that I was sorry that things hadn’t worked out for that position. The response caught me a bit off guard.

“You know, you were the best candidate that we saw. We just thought you were too much for the job. Your salad bar and lion/horse/ant questions were just too good. It’s kind of funny. We weren’t even really going to ask them, because we expected people to not be able to come up with anything reasonable. But that’s not what you did.”

I have no regrets, with hindsight being 20/20 and me being here today. But recounting this reinforces my idea about why these questions are often asked. What is the unspoken question, the one that is under the surface?

Do I want this person sitting in the office or cube next to me for the next five years?

Knowing this, in your own next search, what will you do about it?

Any fans of Twin Peaks out there? Yes, of course there are.  I can hear you from here in the RVA. David Lynch’s sci-fi / thriller / cop drama in the absurd attracted a loyal cult following in the mid 80’s.  Many Friday nights you were left scratching your head wondering what had just happened. … Read more